Canadian Journalists for Free Expression (CJFE) mediated a meeting between some members of independent media and the Montreal Police on September 21st, to bridge existing disputes between the two groups. At Montreal demonstrations and rallies, the police have often been acting aggressively towards the protesters, kettling and using force on them. The journalists have been victims of attacks as well if they happened to be indistinguishable from the protesters and looked unconvincing to police.

Although members of the police portray violent accidents as simple misunderstandings, their forceful acts restrict journalists’ rights for free expression and oftentimes result in physical damage. CJFE brought the two groups together for a possibility of establishing ground rules of conduct lest further instances of brutality occur. CKUT’s Kateryna Gordiychuk talked with Tom Henheffer to find out more.

On Friday May 1st the Baltimore City State Attorney, Marilyn Mosby, announced publicly the charges against 6 police officers involved with the murder of Freddie Gray. This comes as the first step towards justice for Freddie Gray, who sustained fatal injuries in police custody, and died a week after he was was chased and arrested by officers on Baltimore’s west side.

In light of the recent protests Ellen Payne Smith, from CKUT’s News Collective, connected on April 30th with Pastor Heber Brown the 3rd, a justice advocate, activist and community leader on the ground in Baltimore, to hear a grassroots perspective.

The coalition that Pastor Brown mentions in the interview is Baltimore United at bmoreunited.org and you can follow Pastor Brown on twitter @heberbrown.

Kevin Paul of the ASSE legal committee discusses the significant victory over P6 at the Municipal Court in Montreal on February 9.

END_OF_DOCUMENT_TOKEN_TO_BE_REPLACED 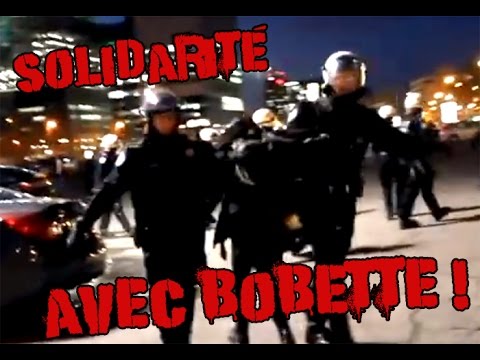 On Monday, November 24, a grand jury in Ferguson, Missouri, decided not to criminally indict Darren Wilson, a police officer who shot and killed unarmed Black youth Michael Brown back in August. Protests and riots quickly errupted in Ferguson, a suburb of St-Louis, following the court’s decision, and also happened simultaneously in many cities across the US.

On Tuesday night in Montreal, there was a candlelight vigil and protest at the Roddick gates of McGill, organized by the Black Student Network.

END_OF_DOCUMENT_TOKEN_TO_BE_REPLACED

An interview with Andalusia Knoll

As we approach the World Cup final match, protests and discontent continue on the streets of Brazil’s cities in what is known as the “anti-copa” movement. To get a sense of what is happening on the ground, CKUT’s news collective spoke with freelance journalist Andalusia Knoll. Andalusia had been reporting on the anti-copa movement in Brazil for several weeks. 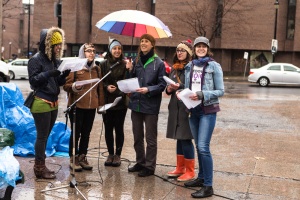 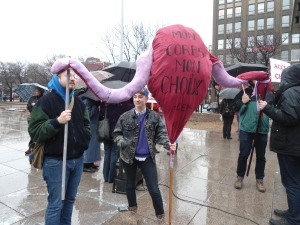 Cold temperatures and pouring rain did not deter more than 30 Pro-Choice demonstrators from turning out Saturday, April 26th for a rally in Place Emile Gamelin. The rally was just one of many actions held across Canada the same day in solidarity with New Brunswick Pro-Choice, where the Morgentaler abortion clinic in Fredericton was forced to close its doors April 10th due to lack of government funding. In these highlights from the demo, recorded by CKUT’s Susan Fitch, we’re going to hear first the Reproductive Justice League Choir, then the Centre for Gender Advocacy’s Julie Michaud leading the chants, followed by words from her centre colleague Bianca Mugyenyi. We close our report with an edited version of the keynote speech, looking at abortion as a democracy issue affecting all Canadians. It was read by Montreal choice activist Lisa Sproull, and written by University of New Brunswick professor Kathleen Pye, who was a counseling volunteer at the Morgentaler clinic. Says Pye, “This [abortion] isn’t a women’s only issue. This is a social issue.” Donations are being accepted for the campaign to pressure the New Brunswick government to change its regulations and to establish reproductive health clinics. They can be made through the Abortion Rights Coalition of Canada: http://www.arcc-cdac.ca/action-new-brunswick.html   For more pictures, click here. 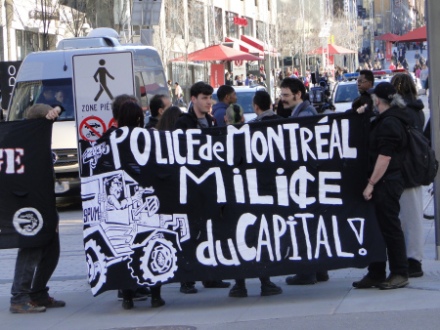 CKUT’s Tiffany Lam reports from Wednesday May 7th’s demonstration against police brutality and repression from outside the SPVM headquarters downtown Montreal.

Tune in to Off the Hour at 5pm tomorrow, May 9th, for an audio report of the gathering! 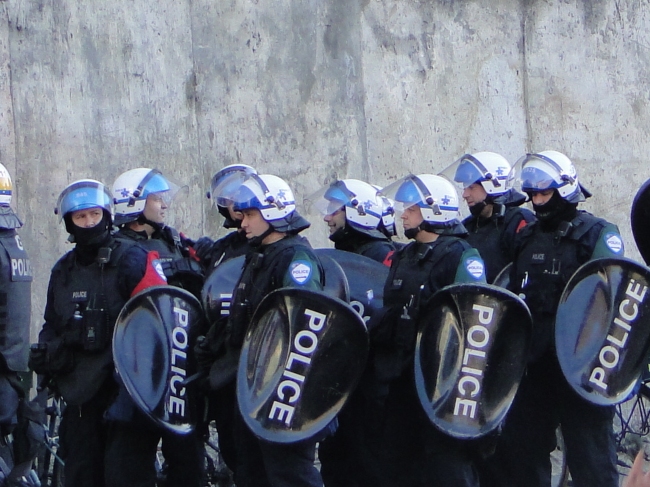 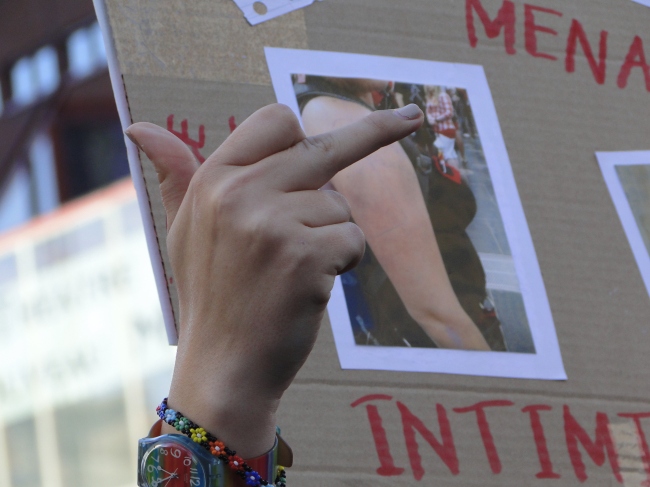 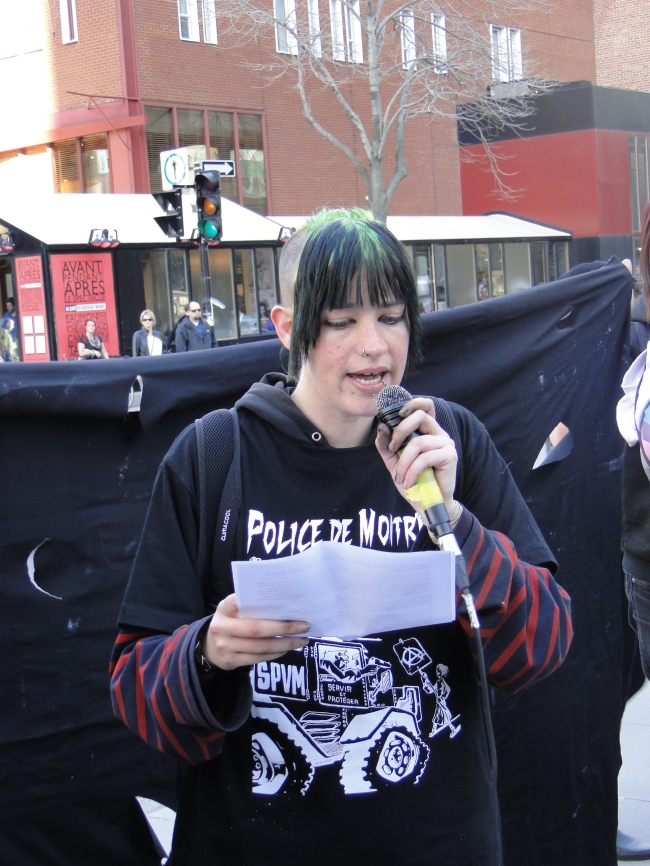 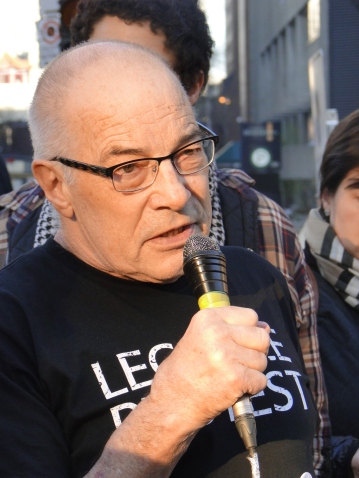 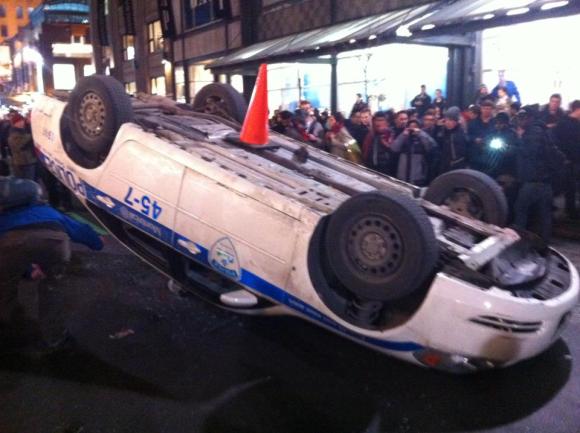 This interview originally broadcast on CKUT 90.3fm in Montreal and highlights the gaps in mainstream reporting and the constant focus on police narratives that dehumanize the victims. Looking specifically at the case of Jean-François Nadreau, killed in a hail of police bullets at home two winters ago, this interview details the underreported aspects of the growing number of police shootings deaths in the city.

This interview was broadcast in the lead up to the annual protest against police brutality in Montreal that takes place on March 15 each year.

Interview with Simon Van Vliet on policing issue and homeless by Stefan Christoff.

Stefan: We are going to be addressing the issue of police brutality and the crisis of police killings in Montreal. More specifically, we are going to be looking at the case of Jean François Nadreau, who has been killed in February 2012 by a police shooting at his home in the east end of Montreal.  Just like week-end, there was a visual to commemorate the two years anniversary of his death, and this of course is taking place within the context where we see a broader spike in police killing in the city. Of course, within the last two month we saw the death of Donald Ménard, who has been killed in a rooming house in Centre-Sud (killed November 11th 2013).  And more recently, Alain Magloire who has been killed close to Berry UQAM, metro station in downtown Montreal (killed February 3d 2014). Both of these people were unarmed, and so to talk about this crisis and violence taking place in the street, I am joint by a fellow independent journalist, Simon Van Vliet, contributor at CISM FM radio, good afternoon and thanks for joining us today.